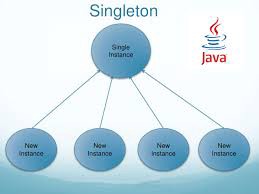 Singleton is a very popular design pattern as it is proven to have some advantages compared to global variables, the Gang of four book listed the following benefits of using singleton:

Web application developers often find it useful as a form of caching mechanism using it to hold some data that needs to be accessed so often that that fetching it from the database might be a performance overhead, example of that might be access token for API authorization.

But Singleton have often been described as an software Anti Pattern mainly because of of its unpredictable nature. The primary properties of a singleton is

the ConcurrentHashMap is used to store the user token information and then since it is assumed that there is just one instance of this class the hashmap would always give the correct data for authorization.

The bug in this code is not obvious when a single instance of your application is running (this was our case as we had configured our Google App Engine application to use just one instance in our test environment since it was running in the flexible environment where Google does not automatically manage the instance up and down time) but after we allowed multiple instance of our application to run at the same time then we had multiple instances of our singleton class so while the access token might be set in INSTANCE1 the instance serving our request might be INSTANCE2 and then the client would get the error that the token is not found on the server. In some cloud framework like Google App Engine standard environment, when your application is not serving request, its instances could be shut down to dynamically to save cost so when your singleton class is re-instantiated then all the data would be gone.

If you have data that has to be accessed often you could use a cache system like Redis Lab to cache the data. The google app engine standard environment also has its own Memcache for use cases like this.

So if you are not absolutely sure that your singleton would have one and only one instance then you should not use it to handle data that has to do with the business logic of your application.